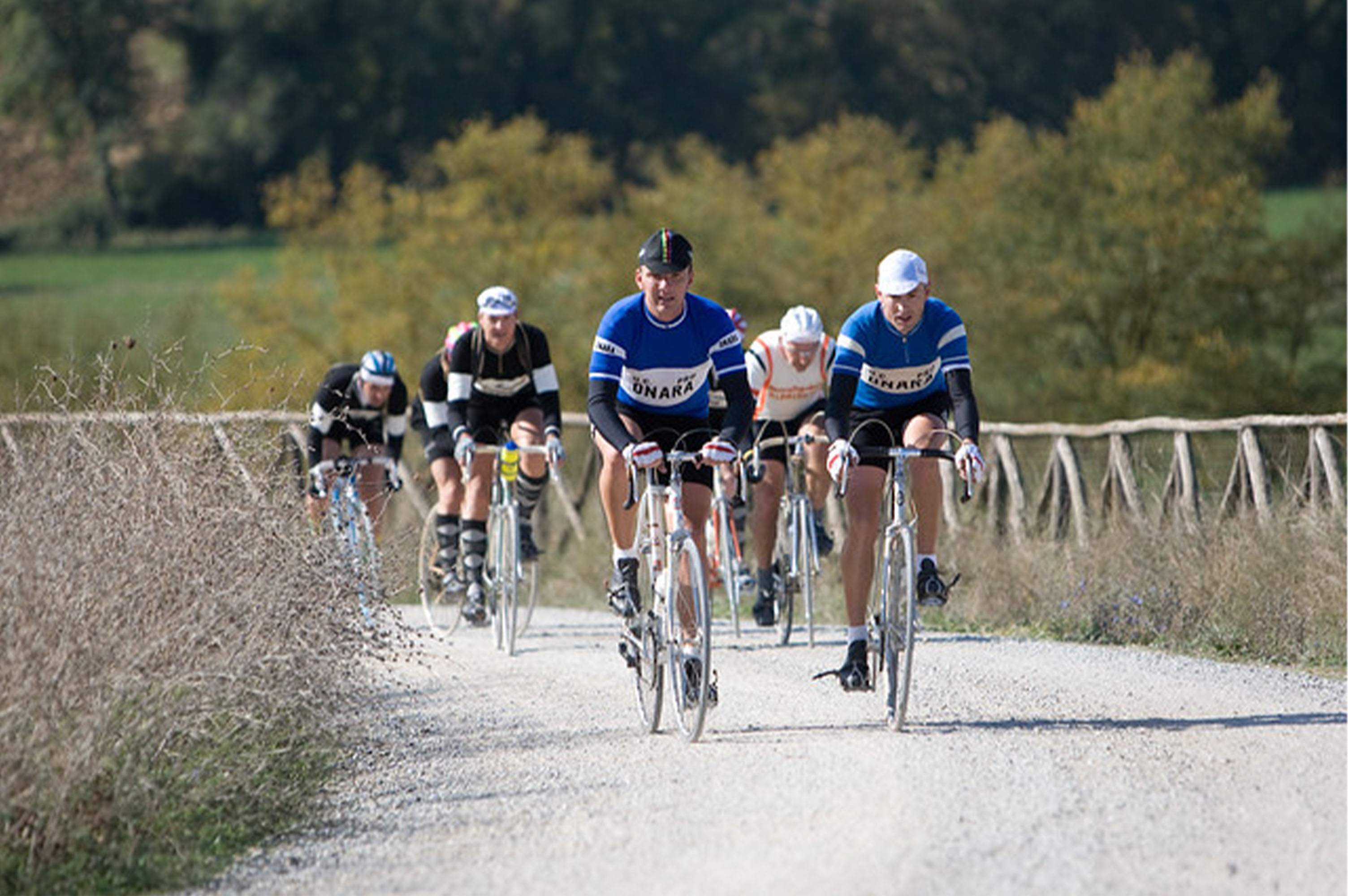 The Eroica is a cycling event, born from an idea by Giancarlo Brocci and other people, which takes place since 1997 in the province of Siena. It has the peculiarity of reenacting the cycling of the past, with routes that take place mostly on white roads with vintage bicycles and clothing. It is always held on the first Sunday of October.
The event is open to all those who participate with vintage racing bikes that meet specific criteria:

The Eroica is neither a race nor a competition, but a cycling tour which requires a certain level of commitment to accomplish. The departure is in the so-called French form, ie free within a certain time slot (usually at dawn). Passage controls take place with a stamp on the road book provided by the organisation. There is no final classification but only a list of the entries is published in alphabetical order with the route taken by each competitor.

On the way there are numerous refreshments with typical local products. There are 5 proposed routes with varying lengths from 32 km of the “Passeggiata”, to the 209 km of the “Lungo”, which has 3,891 meters of elevation gain, 115 km of dirt roads and 5 refreshment points. Participants can also choose one of the intermediate routes: Piccolo Chianti; 46 km; Short 78 km; Medium 130 km.

The departure is in the main square of Gaiole in Chianti. The routes wind through the Chianti and surrounding areas towards Siena through to the Val d’Orcia and Montalcino. The numerous ups and downs with occasional steep slopes are rendered more difficult with racing bikes of the past.

The Eroica is world famous, so much so that the organisers have had to establish a maximum number of 7,000 participants coming from sixty nations. Participation with mountain bikes is not permitted. Here, bikes as old as the first decades of the twentieth century can be seen, including vintage bicycles from the famous Pinzani manufacturer.

Your cart is empty.